More uncommonly sensible investment guidance from a master of the game. Drawing on his experience at Fidelity's Magellan Fund, a high- profile vehicle he quit at age 46 in 1990 after a spectacularly ... Tam incelemeyi okuyun

Beating the Street: the best-selling author of One up on Wall Street shows you how to pick winning stocks and develop a strategy for mutual funds

Lynch is the master stock picker who led Magellan (until May 1990) to its position as America's biggest mutual fund. In One Up on Wall Street (Simon & Schuster, 1989), also written with Rothchild, he ... Tam incelemeyi okuyun

Sayfa 4 - You remind yourself that nobody on his deathbed ever said: "I wish I'd spent more time at the office.
1994-2008 tarihleri arasżnda, 7 kitapta geÁiyor

During Peter Lynch's thirteen successful years as manager of the Fidelity Magellan Fund, it was the top-ranked general equity mutual fund in the nation. One thousand dollars invested in Magellan in 1977 was worth $28,000 when he handed over the reins of Magellan on May 31, 1990.

Since his retirement from the Magellan Fund, Lynch continues as a member of the board of trustees of the Fidelity Group of funds and writes a column for Worth magazine. He lives with his wife, Carolyn, and three daughters in the suburbs of Boston and is the author of the investment classic, One Up on Wall Street. 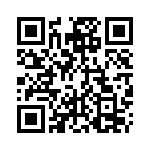