I'd read bits and pieces of this book over the last 12 months in order to get references for essays. Having those snippets of Rogers' thoughts was useful, but I felt a duty to read from cover-to-cover ... Tam incelemeyi okuyun

Educated at the University of Wisconsin, Carl Rogers intended to become a Protestant minister, entering the Union Theological Seminary in 1924. When he realized that he was more interested in spirituality than religion, he left the seminary. While working on his Ph.D. at Columbia University, he began to question some of the accepted techniques of psychotherapy, especially in the area of therapist-patient relationships. According to Current Biography, "he is best known as the originator of the nondirective "client centered' theory of psychotherapy. This prescribes a person-to-person, rather than a doctor-patient relationship between therapist and client, and allows the client to control the course, pace, and length of his own treatment."Rogers incorporated many of the elements of this theory into the basic structure of encounter groups. The author of many books and articles, Rogers taught at several large universities for many years and conducted a private practice as a counseling psychologist. He received many professional awards in official recognition of his high achievements, most notably the presidency of the American Psychological Association (1946--47). 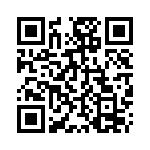