This is a good book with interviews and articles about Faulkner. I like the way he is, just a curmudgeon who wants to be left alone. Every once in a while, he opens up and talks about the craft of writing, and then he is brilliant. Tam incelemeyi okuyun

M. Thomas Inge is Robert Emory Blackwell Professor of the Humanities at Randolph-Macon College. He has edited or authored over sixty volumes, including books on Schulz, the comics, William Faulkner, and Oliver W. Harrington. Inge is the general editor of two University Press of Mississippi series, Conversations with Comics Artists and Great Comics Artists. 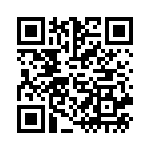