Born in Folkestone, Kent, England, Harvey was a British physiologist whose discovery of the circulation of the blood drastically changed medicine. In fact, Harvey is generally regarded as the founder of modern physiology. The publication of his Exercitatio Anatomica de Motu Cordis et Sanguinis in Animalibus (1628) was a landmark event, widely considered the most important medical book ever published. His observations of the heart's functions and blood flow were based on anatomical studies on cadavers, animals, and himself. The son of a wealthy businessman, Harvey was a student at Cambridge University, where he studied medicine. He completed his medical training at the leading European medical school of the period, Padua, where he was a student of the famous anatomist Girolamo Fabricius. When he completed his doctorate in medicine in 1602 he returned to London and was appointed physician to St. Bartholomew's Hospital. His reputation grew, and he was elected to the Royal College of Physicians, with which he was associated for the rest of his career. Ten years prior to the publication of his great work, he was appointed as a physician to James I. After the Scottish civil war and the demise of James I, Harvey returned to London and resumed his medical practice. He continued to observe animal life wherever he traveled and wrote two additional works on animal locomotion and comparative and pathological anatomy. However, it was the publication of his book on the circulation of the blood that assured him "a place of first importance in the history of science and medicine. By this discovery he revolutionized physiological thought" (Dictionary of Scientific Biography). His work also encouraged others to study anatomy. Harvey's personal library, which he donated to the London College of Physicians, was unfortunately destroyed in the Great Fire of 1666. 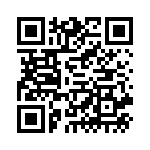