This is an account of the development of classical genetics by a geneticist. Fittingly, it is fairly heavy on technical details and pays almost no attention to wider currents in society outside the ... Tam incelemeyi okuyun

Elof Axel Carlson (born 1931) was raised in Brooklyn, New York, and attended New York University for his B.A. degree. He went to Indiana University to study genetics with Nobelist H. J. Muller, completing his Ph.D. in 1958. He then took a position as Lecturer at Queen's University in Kingston,Ontario and in 1960 accepted a position at UCLA where he sponsored six students for their Ph.D. degrees. In 1968, Carlson moved to Stony Brook University and in 1974 he was awarded the statewide title of Distinguished Teaching Professor. He retired from Stony Brook University in 2000 and moved toBloomington, Indiana, where he is a Visiting Scholar in Indiana University's Institute for Advanced Study.Carlson is a geneticist, historian of science, and writer. He has authored or edited 13 books, including The Gene: A Critical History; Genes, Radiation, and Society: the Life and Work of H. J. Muller; The Unfit: A History of a Bad Idea; Mendel's Legacy: A History of Classical Genetics; and The 7Sexes: Biology of Sex Determination. He also has written a science column, Life Lines, which has appeared since 1997 in the North Shore Long Island newspapers of publisher Leah Dunaieff.Carlson is a Fellow of the American Association for the Advancement of Science and recipient, in 1972, of the Harbison Award for Gifted Teaching from the Danforth foundation. He is married to Nedra (nee Miller) Carlson and they have five children, 12 grandchildren, and threegreat-grandchildren. 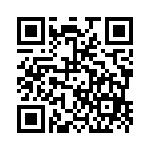