Bernard J. Mullin, PhD, is chairman and CEO of the Aspire Group, a leading global management and marketing consulting business focusing on the sport and entertainment industry. He previously served as president and chief executive officer of Atlanta Spirit, LLC, where he was responsible for overseeing all team and business operations for the NBA''s Hawks and NHL''s Thrashers and management of the world-class Philips Arena.

Mullin has more than 30 years of experience in the sport management industry involving executive positions with professional teams and leagues, where he specializes in start-ups and turnarounds, breaking numerous all-time league ticket sales and attendance records. In addition to his position in Atlanta, Mullin served as the NBA''s senior vice president of marketing and team business operations, president and general manager of the IHL''s Denver Grizzlies, senior vice president of business operations for the Colorado Rockies, and senior vice president of business for the Pittsburgh Pirates. He has also acted as the owner''s representative on major design and construction projects, including Coors Field and University of Denver''s award-winning athletic facilities.

Before and during his career in professional sports, Mullin spent several years in intercollegiate athletics and higher education. He served as vice chancellor of athletics for the University of Denver and as professor of sport management at the University of Massachusetts. Mullin holds a PhD in business, an MBA, and an MS in marketing from the University of Kansas, where he coached the varsity soccer program. He holds a BA in business studies from Coventry University in England, where he played soccer semiprofessionally for the Oxford City Football Club.

Stephen Hardy, PhD, was a professor of kinesiology and affiliate professor of history at the University of New Hampshire until his retirement in 2014. In 2003-2004, he served as interim vice provost for undergraduate studies. Hardy has also taught at the University of Massachusetts (where he earned his PhD), the University of Washington, Robert Morris College, and Carnegie Mellon University. Over three decades, he taught courses in sport marketing, athletic administration, and sport history as well as a popular introduction to the sport industry. Besides Sport Marketing, his publications include How Boston Played (1982, 2003) and numerous articles, book chapters, and reviews in academic presses. He is completing a coauthored history of ice hockey. His reviews and opinions have appeared in popular outlets such as the Boston Globe, New York Times, and Sports Business Journal. From 1995 to 1999, he was coeditor of Sport Marketing Quarterly. In 1997, he was elected a fellow of the American Academy of Kinesiology and Physical Education. He has won college and university awards for excellence in research and teaching. Hardy has extensive experience in college athletics. He played hockey for Bowdoin College in the late 1960s and cocaptained the 1969-70 team with his twin brother, Earl. After coaching stints at Vermont Academy and Amherst College, he joined the Eastern College Athletic Conference in 1976, where he served as assistant commissioner and hockey supervisor until 1979. During that time, he supervised collegiate championships in venues such as the Boston Garden and Madison Square Garden, and he worked closely with the NCAA Ice Hockeey Committee and its affiliated championships. He served on the board of directors of the America East Athletic Conference from 2000 to 2002. In 2003, he was selected by the Hockey East Association as one of 20 special friends to celebrate the league''s 20th anniversary. At UNH he served as faculty representative to the NCAA and chaired the president''s Athletics Advisory Committee from 1996 to 2011. He is a founder of the Charles E. Holt Archives of American Hockey, which are located at UNH''s Dimond Library. He lives with his wife, Donna, in Durham, New Hampshire.

William A. Sutton, EdD, is the founding director and professor at the sport and entertainment business management graduate program in the management department at the University of South Florida. He is the founder and principal of Bill Sutton & Associates, a consulting firm specializing in strategic marketing and revenue enhancement. Sutton has gained national recognition for his ability to meld practical experience in professional sports with academic analysis and interpretation. 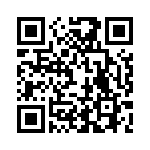