Kitty Kelly puts together a fantastic biography of the current house of Windsor, as of 1995. Despite the objections of the family, Ms. Kelly cites 1000 plus interviews and sources for the book to put ... Tam incelemeyi okuyun

Thoroughly enjoyable information about the House of Windsor. Nice family tree on the front and back cover to flip to while trying to figure out who was who at the beginning. Gave me a different perspective about all of them. Tam incelemeyi okuyun

Kitty Kelley attended the University of Arizona and the University of Washington. Kelley was a VIP hostess at the 1965 World's Fair, worked in Senator Eugene McCarthy's office in Washington, D.C. and was an editorial researcher at the Washington Post. Her claim to fame was Jackie Oh!, the tell-all biography of Jacqueline Kennedy Onassis. Many other smut-filled scandalous biographies followed, including those of Frank Sinatra, Elizabeth Taylor, and Nancy Reagan. She also authored The Royals, which was published during the same time as the Princess Diana tragedy. 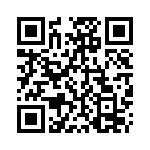