In Torino in his native Piedmont, Pavese studied English and American literature and wrote a dissertation on Walt Whitman. He read and translated Defoe, Dickens, Joyce , Dos Passos, Stein and Faulkner and his version of Melville's , Moby Dick is a classic. Except for his book of poems Lavorare stanca (Work Wearies) (1936), Pavese's chief works are the novels The Comrade (1948), La Casa in Collina (The House on the Hill) (1949), Prima che il gallo canti (Before the Cock Crows) (1949), La bella estate (The Beautiful Summer) (1949), and his last and best, The Moon and the Bonfire (1952). During World War II, he was head of the Rome office of the publishing house of Einaudi and, with Elio Vittorini, did much to encourage young writers. Although a member of the Communist Party, he had not joined the anti-Fascist resistance. Unhappy in love, unable to believe in Christ, and disappointed with things in postwar Italy, he finally made good on what he had often urged as the finest of "final solutions" for himself, committing suicide after winning the coveted Strega Prize, for La bella estate. 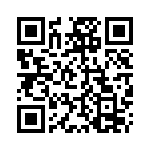