In econo metrician-sphere nobody take care of perishables which haven't enough celestial knowledge for understanding tough mathematical models except this book writer. I understood intrinstically some of concepts with difficulty in econometrics before this book. So, i absolutely advice this book all readers specially business-administration area students.

Jonathan Stuart Leibowitz was born on November 28, 1962 in New York City. He attended the College of William ans Mary and graduated in 1984. He started as a stand-up comedian when he made his debut at a club called The Bitter End. He began using the stage name Jon Stewart by dropping his last name and changing the spelling of his middle name Stuart to Stewart.He entered television as host of the Short Attention Span theater for Comedy Central. He then went on to host his own show pn MTV called the Jon Stewart Show which was the first talk show on the network to become a fast hit. He bacame host of The Daily Show on Comedy Central in 1999 which combines humor with the day's top news stories. As the Daily Show gained popularity Jon Stewart won his first Emmy award in 2001. Jon Stewart has won a total of 13 Emmys as either writer or producer for The Daily Show, which ahs also been nominated for many news and jpurnalism awards. In 2005, The Daily Show and Jon Stewart also received a Best Comedy Album Grammy Award for the audio book edition of America (The Book). The print version was on the best selling U.S. books in 2004. His title Earth: The Book: A Visitor's Guide to the Human Race made The New York Times Best Seller List for 2012. In 2016, he and Chris Smith published The Daily Show (The Book): An Oral History. He became known as the critic of CNN, Fox News Channel, and MSNBC. Jon Stewart also hosted the 78th and 80th Academy Awards. 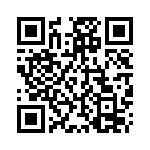