Years of study in Religious Science and the Dharma have given Larry Chang a thorough grounding in metaphysics and spirituality. In the course of his work as an intuitive counselor and speaker, he has collected and used many quotations which he shares in Wisdom for the Soul: Five Millennia of Prescriptions for Spiritual Healing. He has been, in turn and simultaneously, an artist, designer, editor, activist, trader, consultant and restauranteur – and now publisher. Exiled from Jamaica, he was granted asylum based on sexual orientation by the US, where he now lives in Washington, DC.“Larry Chang brings a special spirituality to whomever he meets. He has the amazing ability to transcend race, ethnicity, gender, religion and sexual orientation in his efforts to heal the planet. His wisdom might well be the path that we need to lead us to both individual and global peace." - Jerry Wright, Professor, Social Work and Anthropology, Savannah State University 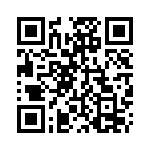