Get this book in print

What people are saying - Write a review

We haven't found any reviews in the usual places.

Other editions - View all

A former professor at the Nanyang Technological University of Singapore and the Universitŕ degli Studi of Milan, Italian-born Giannalberto Bendazzi has been thoroughly investigating the history of animation for more than forty years. A founding member of the Society for Animation Studies, he authored or edited various classics in various languages, and has lectured extensively on every continent. 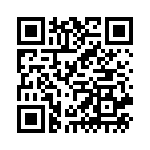