John Louis Lucaites (PhD, University of Iowa, 1984) is associate professor in the Department of Communication and Culture, adjunct associate professor in American Studies at Indiana University. He is also a Fellow at the Poynter center for the Study of Ethics at Indiana University. He teaches courses in rhetorical theory and the relationship between rhetoric and social theory. His current research focuses on the critique of liberalism and democratic culture. He is the coauthor with Celeste Michelle Condit of Crafting Equality: America's Anglo-African Word (Marie Hochmuth Nichols Award for Outstanding Scholarship, National Communication Association, 1993).

Sally A. Caudill (PhD, University of Georgia, 1998) is a Visiting Assistant Professor in the Department of Communication Studies at Macalester College. She has published several essays on women's roles in reproductive technologies and public speaking. At present, her research interests include multicultural communication and the rhetoric of resistance. She has won numerous teaching awards and served as a student representative to the Women's Caucus of the National Communication Association. 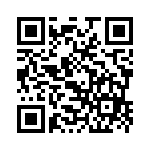