Sayfa 132
It is a “ What can the business stand ? " reciprocal relation — the boss is the Certainly no business can stand outgo partner of his worker , the worker is that exceeds its income . When you partner of his boss .
Sayfa 502
The deahead of ours was ready for trial fendant himself was not put on the we were told to come back at two in witness stand , so , under the laws of the afternoon . our State , no reference could be At two , we found that the case made ...
Sayfa 598
Even the politically mature with better means of satisfying governments of South America , like them , higher wages , greater produc- those of British Australia , South tion , increased consumption , and a Africa and Canada , stand to ... 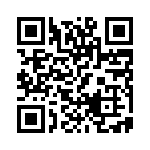