Sayfa 111
Some results are discussed in stability theory , perturbation theory , and
summation methods applied to anharmonic oscillators and Stark problems . In
particular , using also other techniques , we show how to get exact results or
asymptotic ...
Sayfa 120
The double well appears as the most complicated perturbation problem , but also
in this case the perturbation theory , adapted and assisted by summation
methods and the complex WKB , can give the best asymptotic results . Some
comments ...
Sayfa 121
( An ] A. Andrianov , The large N expansion as a local perturbation theory , Ann .
Physics 140 ( 1982 ) , no . 1 , 82-100 . ( BeGr ) L. Benassi and V. Grecchi ,
Resonances in the Stark effect and strongly asymptotic approximants , J. Phys . 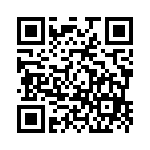