Richard Clogg has been Lecturer in Modern Greek History at the School of Slavonic and East European Studies and King's College, University of London, Reader in Modern Greek History at King's College, London and Professor of Modern Balkan History in the University of London. From 1990 to 2005 he was a Fellow of St Antony's College, Oxford and is now an Emeritus Fellow of the College. He has written extensively on Greek history and politics from the eighteenth century to the present. 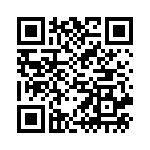