Sayfa 18 - If all mankind, minus one, were of one opinion, and only one person were of the contrary opinion, mankind would be no more justified in silencing that one person than he, if he had the power, would be justified in silencing mankind.
1844-2008 tarihleri arasýnda, 676 kitapta geçiyor
Sayfa 29 - It is the power which raises man above the brute - which distinguishes his faculties from mere sagacity, which he holds in common with inferior animals. It is this power which has raised the astronomer from being a mere gazer at the stars to the high intellectual eminence of a Newton or a Laplace, and astronomy itself from a mere observation of isolated facts into that noble science which displays to our admiration the system of the universe.
1825-2008 tarihleri arasýnda, 61 kitapta geçiyor 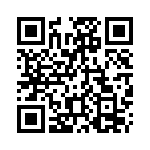