Sayfa 907
( 1992 ) ( to appear ) . 7. N. K. Nikol'skii , Treatise on the shift operator , Springer -
Verlag , Berlin , 1984 . 8. J. B. Garnett , Bounded analytic functions , Academic
Press , New York , 1981 . 9. I. I. Privalov , Boundary properties of analytic
functions ...
Sayfa 933
This is a study of multiplication and division by inner factors in certain classes of
analytic functions on the disk . New imbedding theorems are proved for
coinvariant subspaces of the shift operator acting in Hardy spaces . An explicit
example is ...
Sayfa 935
Let us return , finally , to the factorization of analytic functions that are smooth up
the boundary . We dwell on the history of the question . The mathematicians
working on this topic were originally concerned mainly with the possibility of
dividing ... 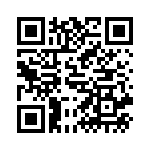