Sayfa 398
The effect of many of his best known poems has never been wholly satisfactory , not even to his admirers ; he drew moral lessons from objects humble or mean , and since his own interest was in the moral lesson , he sometimes was ...
Sayfa 526
Now Good and Evil be terms most broad , for Good means primarily moral righteousness ; secondarily wisdom ; and thirdly practicality . And Evil , likewise , meaneth moral unrighteousness , then folly , and finally impracticality .
Sayfa 576
POETRY AND " MORAL BEINGS " SIR : Mr. Gilman reviews Prof. Sherman's book , entitled Americans , in your issue of March , and quotes this question of the writer , concerning the Spoon River Anthology : “ Does it fill one with a ... 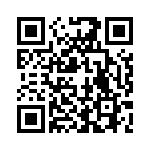