Richard W. Unger is Professor of History at the University of British Columbia. He is also author of A History of Brewing in Holland, 900-1900: Economy, Technology, and the State, The Art of Medieval Technology: Images of Noah the Shipbuilder, and The Ship in the Medieval Economy, 600-1600. 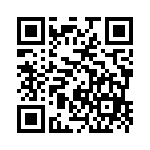