Sayfa 262 - Parian wreaths; A swan-like form invests the hidden thorn; Fills up the farmer's lane from wall to wall, Maugre the farmer's sighs; and at the gate A tapering turret overtops the work. And when his hours are numbered, and the world Is all his own, retiring, as he were not, Leaves, when the sun appears, astonished Art To mimic in slow structures, stone by stone, Built in an age, the mad wind's night-work, The frolic architecture of the snow.
1808-2008 tarihleri arasýnda, 342 kitapta geçiyor
Sayfa 29 - Speak unto the children of Israel, and bid them that they make them fringes in the borders of their garments throughout their generations, and that they put upon the fringe of the borders a ribband of blue : and it shall be unto you for a fringe, that ye may look upon it, and remember all the commandments of the Lord, and do them...
1683-2008 tarihleri arasýnda, 440 kitapta geçiyor
Diđer
Sayfa 21 - Tall spire, and glittering roof, and battlement, And banners floating in the sunny air ; And white sails o'er the calm blue waters bent, Green isle and circling shore, are blended there, In wild reality.
1820-2006 tarihleri arasýnda, 64 kitapta geçiyor
Sayfa 150 - To abolish a status, which in all ages GOD has sanctioned, and man has continued, would not only be robbery to an innumerable class of our fellow-subjects, but it would be extreme cruelty to the African savages, a portion of whom it saves from massacre, or intolerable bondage in 'their own country, and introduces into a much happier state of life; especially now when their passage to the West Indies, and their treatment there, is humanely regulated. To abolish this trade would be to ' " shut the...
1807-2008 tarihleri arasýnda, 99 kitapta geçiyor
Sayfa 220 - But if the ox were wont to push with his horn in time past, and it hath been testified to his owner, and he hath not kept him in, but that he hath killed a man or a woman; the ox shall be stoned, and his owner also shall be put to death.
1805-2007 tarihleri arasýnda, 248 kitapta geçiyor
Sayfa 110 - We shape ourselves the joy or fear Of which the coming life is made, And fill our Future's atmosphere With sunshine or with shade. The tissue of the Life to be We weave with colors all our own, And in the field of Destiny We reap as we have sown. Still shall the soul around it call The shadows which it gathered here, And painted on the eternal wall The Past shall reappear.
1842-2008 tarihleri arasýnda, 160 kitapta geçiyor
Sayfa 273 - Two children in two neighbour villages Playing mad pranks along the heathy leas; Two strangers meeting at a festival; Two lovers whispering by an orchard wall; Two lives bound fast in one with golden ease ; Two graves grass-green beside a gray church-tower, Wash'd with still rains and daisy-blossomed; Two children in one hamlet born and bred; So runs the round of life from hour to hour.
1842-2007 tarihleri arasýnda, 116 kitapta geçiyor
Sayfa 32 - And ye shall take you on the first day the boughs of goodly trees, branches of palm trees, and the boughs of thick trees, and willows of the brook ; and ye shall rejoice before the Lord your God seven days.
1805-2007 tarihleri arasýnda, 278 kitapta geçiyor
Sayfa 31 - And thou shalt put into the ark the testimony which I shall give thee. And thou shalt make a mercy seat of pure gold : two cubits and a half shall be the length thereof, and a cubit and a half the breadth thereof.
1805-2008 tarihleri arasýnda, 181 kitapta geçiyor
Daha az

Lydia Maria Child was born in Medford, Massachusetts on February 11, 1802. She was educated at home, at a local dame school, and at a nearby women's seminary. Her first novel, Hobomok, was published in 1824. Her other novels include The Rebels or Boston before the Revolution, The First Settlers, Philothea, and Romance of the Republic. She wrote advice books including The Frugal Housewife, The Mother's Book, The Little Girl's Own Book, and The Freedmen's Book. She was an abolitionist, women's rights activist, and Indian rights advocate. She wrote books about these causes including An Appeal in Favor of That Class of Americans Called Africans, Anti-Slavery Catechism, and An Appeal for the Indians. She was also the author of Over the River and Through the Wood (A Boy's Thanksgiving Day). She died on October 20, 1880. 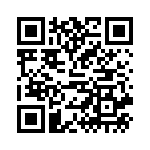