D. T. Potts is Professor of Ancient Near Eastern Archaeology at the Institute for the Study of the Ancient World, New York University. 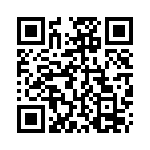