Russ Shafer-Landau is Professor of Philosophy at the University of Wisconsin. He is author of Whatever Happened to Good and Evil? (2003) and Moral Realism: A Defence (2005). He is editor of Oxford Studies in Metaethics, and co-editor of Foundations of Ethics: An Anthology (with Terence Cuneo, Blackwell 2006). 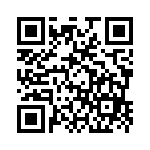