Ferris writes with such an easy style. This isn't just about deep space, astronomy and star gazing. It is not dry and didactic. This is a memoir about Ferris's childhood cardboard telescope dreams ... Tam incelemeyi okuyun

Absolutely amazing book where Timothy Ferris extends his passion of stargazing onto you in a brilliant piece of story telling. Not only do you learn a lot about the stars and the planets, you earn an ... Tam incelemeyi okuyun

Timothy Ferris, called "the best popular science writer in the English language today" (The Christian Science Monitor) and "the best science writer of his generation" (The Washington Post), is the author of ten books, including the bestsellers The Whole Shebang and Coming of Age in the Milky Way. He has won the American Institute of Physics prize (twice), the American Association for the Advancement of Science prize, and has been nominated for the Pulitzer Prize and the National Book Award. A frequent contributor to The New Yorker, he lives in San Francisco and stargazes from his personal astronomical observatory on Sonoma Mountain in California's wine country. Visit his Web site at www.timothyferris.com. 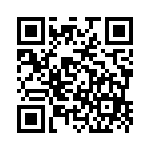