ALBERT SCHRAUWERS is a lecturer in the Department of Anthropology, London School of Economics. 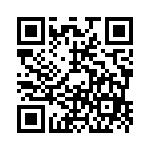