From the brink of the apocalypse: confronting famine, war, plague, and death in the later middle ages

In A Distant Mirror, Barbara Tuchman painted a vivid portrait of the miseries that afflicted 14th-century Europe. In this new popular history, Aberth (Criminal Churchmen in the Age of Edward III) has ... Tam incelemeyi okuyun 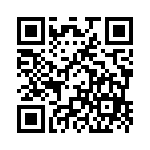