Sayfa 13 - It is the object of Zen, therefore, to save us from going crazy or being crippled. This is what I mean by freedom, giving free play to all the creative and benevolent impulses inherently lying in our hearts.
1934-2006 tarihleri arasýnda, 28 kitapta geçiyor

A student of the Zen master Shaku Soen, who addressed the 1893 World's Parliament of Religions held in Chicago, D. T. Suzuki did more to introduce Zen to Westerners than any other representative of that tradition. Shaku Soen sent the young Suzuki to America in 1897 to help Paul Carus translate the Chinese text the Dao De Jing. Suzuki remained in America for about a decade, working at Carus' Open Court Publishing Company outside Chicago. After Suzuki returned to Japan, he married an American woman, Beatrice Lane, in 1911, and they began publishing an English journal, The Eastern Buddhist, in 1921. During this time in Japan, Suzuki translated into Japanese a number of Swedenborgian texts. He traveled to China in 1934, and he went to London in 1936 to attend the World Congress of Faiths. Suzuki recognized that the West had much to offer the East, but like Swami Vivekananda, he was convinced that the East had much to offer the West in its religion and philosophy. On this basis he was motivated to write about Zen in English. Suzuki wrote about 30 books in English and many more in Japanese. Suzuki's first books in English were a translation of Ashvaghosha's Discourse on the Awakening of Faith in the Mahayana (1900) and Outlines of Mahayana Buddhism (1907). A practitioner of Rinzai Zen Buddhism, Suzuki, in his writings about the ultimate experience of satori and the meditative use of koans, made Zen terms almost household words in the United States. In the early part of the twentieth century, Suzuki devoted himself to the propagation of Zen via his writings. After World War II he became a noted lecturer on Zen at American and European universities. That Suzuki's work was effective can be seen in the fact that Zen was picked up in the 1950s by California beatniks, producing what was termed Beat Zen. From that time on, Americans increasingly began to go to Japan to study Zen, and more Zen masters began to come to the United States to teach. The earliest institutions devoted to the practice of Zen in America were established in San Francisco in 1928, in Los Angeles in 1929, and in New York City in 1931. Zen centers remain an important part of the American urban scene, and several of them have established rural Zen retreat centers. 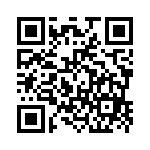