Sayfa 45 - Be not too tame neither, but let your own discretion be your tutor ; suit the action to the word, the word to the action; with this special observance: that you o'erstep not the modesty of nature ; for anything so overdone is from the purpose of playing, whose end, both at the first and now, was and is, to hold, as 'twere, the mirror up to nature ; to show virtue her own feature, scorn her own image, and the very age and body of the time his form and pressure.
1803-2008 tarihleri arasýnda, 635 kitapta geçiyor
Sayfa 9 - And for this reason God takes away the mind of these men and uses them as his ministers, just as he does soothsayers and godly seers, in order that we who hear them may know that it is not they who utter these words of great price, when •they are out of their wits, but that it is God himself who speaks and addresses us through them.
1925-2007 tarihleri arasýnda, 34 kitapta geçiyor
Diđer
Sayfa 17 - ... secret', an ultimate meaning, to the text (and to the world as text), liberates what may be called an anti-theological activity, an activity that is truly revolutionary since to refuse to fix meaning is, in the end, to refuse God and his hypostases - reason, science, law.
1957-2008 tarihleri arasýnda, 131 kitapta geçiyor
Sayfa 45 - Well, do not swear: although I joy in thee, I have no joy of this contract to-night: It is too rash, too unadvised, too sudden; Too like the lightning, which doth cease to be Ere one can say 'It lightens.
1788-2008 tarihleri arasýnda, 493 kitapta geçiyor
Daha az

BRUCE G. SHAPIRO is currently a resident dialogue coach for Village Roadshow Production Services at Warner Bros. Movie World Studios in Queensland, Australia. He was previously Head of Performance and Acting at the School of Drama of the Victorian College of the Arts, and the Artist-in-Residence and Lecturer in Acting, Directing, and Dramatic Literature at Tufts University. He has also taught and directed at the Aboriginal Center for the Performing Arts in Brisbane, Australia, the Academy of the Arts at the Queensland University of Technology, Trinity Rep Conservatory, Stonehill College, the MIT Shakespeare Ensemble, the University of Texas at Austin, the University of South Dakota, and the University of Iowa. He is author of numerous articles, and his books include Divine Madness and the Absurd Paradox: Ibsen's Peer Gynt and the Philosophy of Kierkegaard (Greenwood,1990). 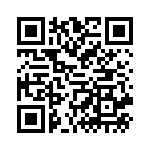