Owen Goldin is an Associate Professor in the Department of Philosophy at Marquette University.

Patricia Kilroe teaches in the Anthropology and Linguistics Department at the University of Wisconsin-Milwaukee. 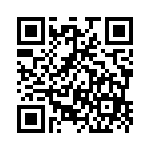