Sayfa 293
The wages of War is Hate ; and the End , and indeed the Beginning , of Hate is Fear . ... Germany fears the Jew , England fears the Indian ; America fears the Negro , the Christian fears the Moslem , Europe fears Asia , Protestant fears ...
Sayfa 295
And of all this , most ubiquitous in modern industrial society is that fear of unemployment . It is this nucleus of ordinary men that continually gives the mob its initial and awful impetus . Around this nucleus , to be sure , gather ...
Sayfa 303
... movements against millionaires , machinery and foreign commerce , or against “ Anglo - Saxons ” , Protestants and Germans , or against any set of people or set of ideas which any particular group of people dislike , hate or fear ? 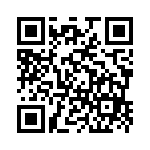