Sayfa 128
acquisitions of the Bank of France , In 1926 , according to M. Henry from the middle of December , 1926 , Berenger , special Ambassador of to the end of 1930 , amounted to France to the United States for the 62,500,000,000 francs .
Sayfa 129
During this intervening time , Et us lay this movement of gold as world discussion proceeded , it beLET to France side by side with the came clear that the line - up at the progress of world politics during the Conference would be ...
Sayfa 130
ing the American proposal , fell and time too the position of France never recovered . The reluctant co- would be unique . It became perfectly operation which world opinion finally plain not only from the comment of secured came too ... 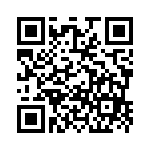