Sayfa 310
But the languages of the Franks , the Vandals , the Lombards , and some others , were rude and unsettled , and ready ... on the basis of this language , assumed the characteristick features by wbich they have since been distinguished .
Sayfa 311
But the Arabick had long been a regular and established language , perfected by the practice of ages , and , at that time , a more expressive and polished me . dium of communication , than any other living language .
Sayfa 352
And he may further conjecture , that both the language and writing are illegible and unknown , because the Lord did there confound the language of all the earth . ' Monuments of this kind are now submitted to the view of our admiring ... 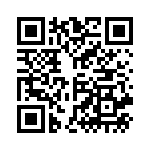