Jeffrey L. Gould is James H. Rudy Professor of History and Director of the Center for Latin American and Caribbean Studies at the University of Indiana. His books include To Die in This Way: Nicaraguan Indians and the Myth of Mestizaje, 1880-1965, also published by Duke University Press. He is a co-producer and co-director of the documentary film Scars of Memory: El Salvador, 1932.

Aldo A. Lauria-Santiago is Associate Professor of History and Chair of the Department of Latino and Hispanic Caribbean Studies at Rutgers University. He is the author of An Agrarian Republic: Commercial Agriculture and the Politics of Peasant Communities in El Salvador, 1823-1914 and a coeditor of Identity and Struggle at the Margins of the Nation-State: The Laboring Peoples of Central America and the Hispanic Caribbean, also published by Duke University Press. 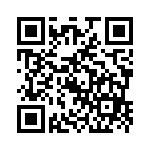