A course entitled: Religion versus Anthropology at Kalamazoo College instructed by the reverend Dr. Charles Warfield and a professor Peterson caused me to both pray and study earnestly to maintain functional faith in God. To this boldly contrasting, but brilliantly enlightening educational experience I attribute my initial strengthened will to pursue God, His purpose for my life, and the writing of this book.

Self-publishing has been the sole method of publication since my initial writing course under the instruction and tutelage of professor Charles Baber: Kellogg Community College, 1968. Self-published works include titles: The Ragamuffin and the Rusty Box: (Angels come in all forms, ranging from poor to rich, even to collect the departing spirits for God). Snow Spiders: (The ills of playing on the fears of others). Grandma Bessie and the Bus Stop: (A grandmother who used faith in impossible times). Rancid Bule, the Musty Mule: (Lessons on personal hygiene). Herb the Cookie Man: (Rewards for good moral behaviors and strong efforts). Bubba Robin & Dr. Crawler: (Too much self confidence). Mira & Peg: (From humble poverty to humble riches).

I currently reside as founder, pastor and Bishop of The Rock of Revelation Apostolic Churches, Inc. based in Kalamazoo, Michigan. My wife, Kate and I have two daughters: Angela and Kyla, and recently celebrated 35 years of marriage, along with 30 years in the ministry. Our love for and unction from the Lord Jesus Christ is to research God’s word and to serve God by assisting His creation with the awareness and understanding of salvation’s benefits by them. Our experience in ministry is an added value to that task. 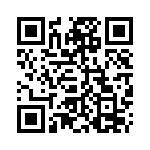