Michael Mann is Distinguished Professor of Sociology at the University of California, Los Angeles. He is the author of Power in the 21st Century: Conversations with John Hall (2011), Incoherent Empire (2003) and Fascists (Cambridge University Press, 2004). His book The Dark Side of Democracy (Cambridge University Press, 2004) was awarded the Barrington Moore Award of the American Sociological Association for the best book in comparative and historical sociology in 2006. 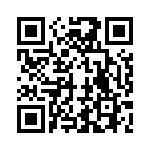