A. G. Long is Senior Lecturer in Classics at the University of St Andrews, Scotland. He has translated (with David Sedley) Plato's Meno and Phaedo (Cambridge, 2010) and is the author of Conversation and Self-Sufficiency in Plato (2013) as well as the editor of Plato and the Stoics (Cambridge, 2013). 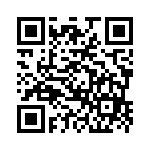