A wonderfully humane and satisfying meditative romance from the Presbyterian minister and veteran author (On the Road With the Archangel, 1997, etc.). The major actions here occur on and around ... Tam incelemeyi okuyun

Okay, the decription of the storm and it's aftermath were really good. I couldnt work up too much sympathy with the characters though. Maybe for such a short book, character depth wasnt an option. Tam incelemeyi okuyun

Frederick Buechner, author of more than thirty works of fiction and nonfiction, is an ordained Presbyterian minister. He has been a finalist for both the Pulitzer Prize and the National Book Award and was honored by the American Academy of Arts and Letters. His most recent work is Beyond Words: Daily Readings in the ABC’s of Faith. 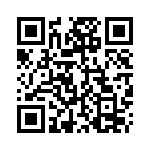