Roberta Pipes Bowman began writing and publishing poetry at the age of eleven and is the author of eight books of poetry, one of which won the Lucidity Chapbook Award. Other achievements are as follows: Wind, Be Still which was accepted for Pulitzer Prize Contest, two nominations for poet Laureate of Texas, nomination for the Pushcart Prize, recipient of the Boswell Alumni Poetry Award given by Texas Christian University, and poems published in numerous magazines and anthologies in the United States, England, and India. Her short stories have been published in Suddenly. She held an office in Poetry Society of Texas and several offices in local poetry groups. She has lectured on writing and judged a number of poetry contests. This book reflects the struggles and heartaches concerning her life as a blind sharecropper's daughter during the twenties and thirties, years of many changes. 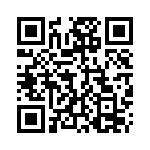