Sayfa 37
In order that this canzone may be better understood , I shall divide it more carefully than the previous poems . First I divide it into three parts . The first part is a preface to the words that follow ; the second is the intended ...
Sayfa 39
The first part divides again in two . First , I tell in what thing this power exists ; second , I tell how this thing and this power are together brought into being and how one is related to the other just as form is to matter .
Sayfa xxxi
And in order that this canzone may appear to remain more widow - like after its completion , I shall divide it before I write it , and I shall follow this method from now on . Let me say that this sad little song has three parts .

Born Dante Alighieri in the spring of 1265 in Florence, Italy, he was known familiarly as Dante. His family was noble, but not wealthy, and Dante received the education accorded to gentlemen, studying poetry, philosophy, and theology. His first major work was Il Vita Nuova, The New Life. This brief collection of 31 poems, held together by a narrative sequence, celebrates the virtue and honor of Beatrice, Dante's ideal of beauty and purity. Beatrice was modeled after Bice di Folco Portinari, a beautiful woman Dante had met when he was nine years old and had worshipped from afar in spite of his own arranged marriage to Gemma Donati. Il Vita Nuova has a secure place in literary history: its vernacular language and mix of poetry with prose were new; and it serves as an introduction to Dante's masterpiece, The Divine Comedy, in which Beatrice figures prominently. The Divine Comedy is Dante's vision of the afterlife, broken into a trilogy of the Inferno, Purgatory, and Paradise. Dante is given a guided tour of hell and purgatory by Virgil, the pagan Roman poet whom Dante greatly admired and imitated, and of heaven by Beatrice. The Inferno shows the souls who have been condemned to eternal torment, and included here are not only mythical and historical evil-doers, but Dante's enemies. The Purgatory reveals how souls who are not irreversibly sinful learn to be good through a spiritual purification. And The Paradise depicts further development of the just as they approach God. The Divine Comedy has been influential from Dante's day into modern times. The poem has endured not just because of its beauty and significance, but also because of its richness and piety as well as its occasionally humorous and vulgar treatment of the afterlife. In addition to his writing, Dante was active in politics. In 1302, after two years as a priore, or governor of Florence, he was exiled because of his support for the white guelfi, a moderate political party of which he was a member. After extensive travels, he stayed in Ravenna in 1319, completing The Divine Comedy there, until his death in 1321. 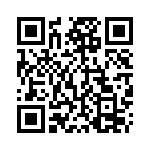