This book paints a very comprehensive and interesting portrait of political processes brewing behind the scenes when Christianity became the official religion of the Roman Empire. The author works ... Tam incelemeyi okuyun

Sayfa ix - It is a bitter thought how different a thing the Christianity of the world might have been if the Christian faith had been adopted as the religion of the empire under the auspices of Marcus Aurelius instead of those of Constantine.
1770-2008 tarihleri arasýnda, 110 kitapta geçiyor

H. A. Drake is a professor of history at the University of California, Santa Barbara. 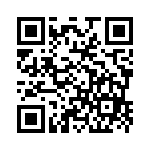