Sayfa 14
Her arm shook , such was the The next morning at 6:30 A.M. , Francine met her friend Jessie force of Frank's approach , beard stubble at Cup - a - Joe , like she did most days . scratching against the tender center of When Francine told ...
Sayfa 15
These days , Nathan lived in Roland Park with his new wife , Now , Jessie touched Francine's wrist conspiratorially . She a petite redhead named Lindy , and their small son . Sometimes , looked around before she spoke .
Sayfa 19
As she walked down the block to catch up with Jessie , at the pace her legs could carry her , Francine imagined the sensation of needing nobody . She began to run as if she might lift off the ground and fly . 1. 1962 2. 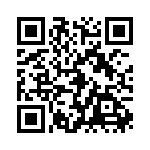