Written by a general historian of Wilhelmine Germany, this work examines the cultural foundations of the German army's tendency to adopt extreme solutions to military problems at the earliest possible ... Tam incelemeyi okuyun

Isabel V. Hull is John Stambaugh Professor of History at Cornell University. She is the author of Sexuality, State, and Civil Society in Germany, 1700–1815 (also from Cornell) and The Entourage of Kaiser Wilhelm II, 1888–1918, and the coeditor of German Nationalism and the European Response, 1890–1945. 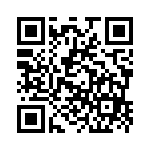