Steven E. Finkel is the Daniel Wallace Professor of political science at the University of Pittsburgh. His areas of expertise include comparative political behavior, democratization, public opinion, and quantitative methods. He is the author of Causal Analysis With Panel Data (SAGE, 1995) as well as numerous articles on political participation, voting behavior, and civic education in new and established democracies. He holds a PhD in political science from the State University of New York at Stony Brook and has taught previously at the University of Virginia, Arizona State University, the Hertie School of Governance (Berlin), the University of Gothenburg (Sweden), and the University of Copenhagen (Denmark). His work has been supported by the National Science Foundation, the National Endowment for Democracy, the Deutscher Akademischer Austauschdienst (DAAD), and the United States Agency for International Development. 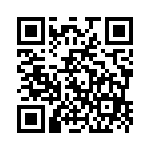