Colin Coates was the host of the 22 conference on "Majesty in Canada." He is the author and editor of various books, including the award-winning Heroines and History: Representations of Madeleine de Vercheres and Laura Secord (with Cecilia Morgan). He is currently Canada Research Chair in Canadian Cultural Landscapes at Glendon College, York University, Toronto. 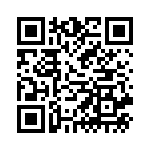