Valentina Arena is Lecturer in Roman History at University College London. Her work focuses mainly on two interlinked lines of investigation: the study of Roman oratory and rhetorical techniques and the analysis of Roman political thought and its relationship with the practice of politics. On both areas and the relationship with one another she has written a series of studies, culminating in this, her first book. She is currently working on the notion of popular sovereignty (as part of an AHRC-funded project) and is part of the Academic Board of the ERC-funded project to write a new, updated edition of the Fragmentary Orators of the Roman Republic (Malcovati's first edition). She is also a member of the editorial board of Tulliana and has advised the BBC and other broadcasters on television programmes and documentaries on ancient Rome. 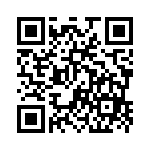