Nicholas Hagger has written more than thirty books on history, literature and philosophy. He has lectured at universities in Baghdad, Tokyo (where he was a Professor) and Tripoli. He has followed a career in education and studied and written widely about the rise and fall of civilisations. His controversial book The Secret Founding of America was widely discussed and acclaimed. 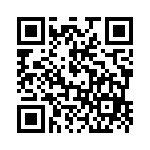