Sayfa 147
Since I wrote my work on the ports of England . Mr. John Barrow , a well known literary character , and the second secretary of the Admiralty , has published a description of the same works in the Supplement of the Encyclopedia ...
Sayfa 433
Instead of placing them on the head , in the painful and dangerous manner commonly adopted in England , or in an aukward and irksome manner on the shoulders , the carrier is provided with a slight apparatus , sometimes formed of wood ...
Sayfa 467
In like manner , capital , which is so freely employed in England in the discount of bills of exchange and promissory notes , at 5 per cent . is in France seldom employed for such purposes , except at a profit of 20 or 30 per cent . 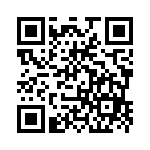