SUSAN KATTWINKEL is an Assistant Professor of Theatre at the College of Charleston in Charleston, South Carolina. /e 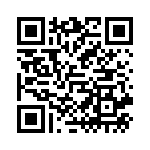