Sayfa 449
It reports German aircraft building in Switzerland , Italy , Russia and , possibly , in Scandinavian countries . There are now in Germany seven commercial lines in operation . The same authority reports a great commercial and military ...
Sayfa 467
Soviet Russia's endeavor to remodel society on lines that had already been laid down by Lenin and Trotzky and the rest of the small group , who were responsible for the direction of policy , still stood out as the dominant motive .
Sayfa 574
AUTOCRACY AND REVOLUTION IN RUSSIA . By Baron Sergius A. Korff , D.C.L. , LL.D. , Professor of Political Science , School of Foreign Service , Georgetown University . New York : The Macmillan Company . 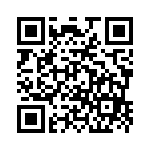