The End of the Bronze Age, by Robert Drews, is a good introduction to the catastrophe of the bronze age. The book provides a summary of the events, a map showing the sites, and a critique of the ... Tam incelemeyi okuyun

Around the eastern Mediterranean, the end of the Bronze Age was quite dramatic: within the span of just a few decades, the Mycenaean kingdoms and the Hittite empire collapse, as does the Egyptian ... Tam incelemeyi okuyun

Robert Drews is Professor of Classics and History at Vanderbilt University and the author of The Coming of the Greeks: Indo-European Conquests in the Aegean and the Near East (Princeton). 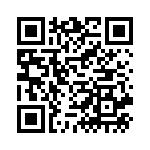