Andrew D. Weiner is professor of English at the University of Wisconsin--Madison and the author of Sir Philip Sidney and the Poetics of Protestantism.

Leonard V. Kaplan is the Mortimer M. Jackson Professor of Law at the University of Wisconsin--Madison and president of the International Academy of Law and Mental Health. He is the co-editor of Aftermath: The Clinton Impeachment and the Presidency in the Age of Political Spectacle. They are co-directors of the Project for Law and the Humanities. 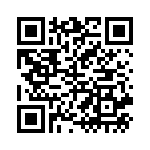